In May, a presentation of the new Innofreight technology - the RockTainer INFRA wagon - is taking place in various parts of the Czech Republic. As the name suggests, this is a wagon with superstructures used to transport aggregates of various fractions intended for pouring into the tracks during engineering works. 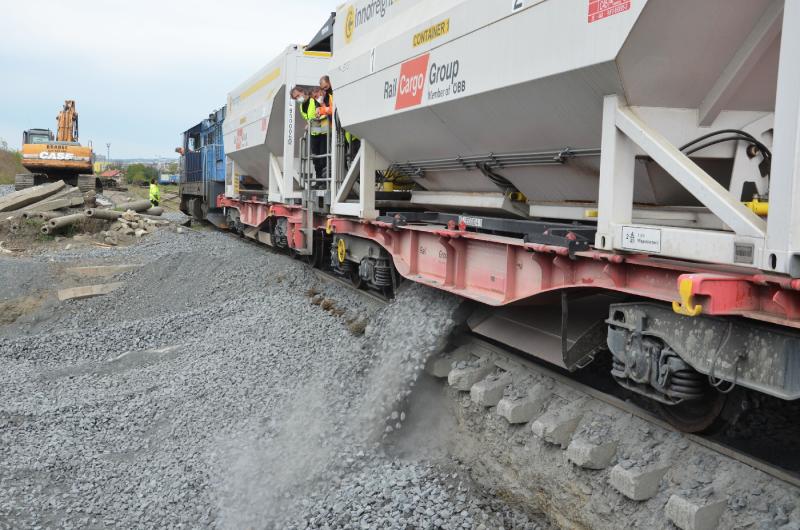 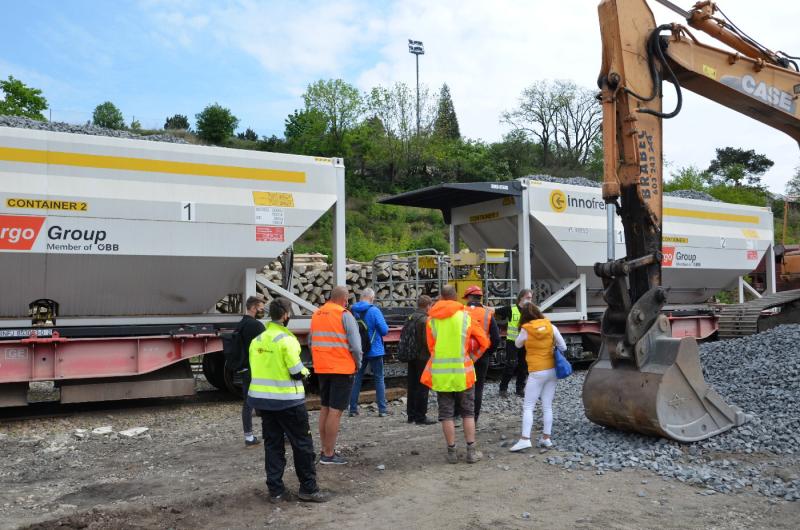 The technology consists of the Innowagon Sggrrs series, two RockTainer INFRA superstructures, a covered service platform, two gutters and a cable drum. The advantages of the new system are both the higher loading weight and thus the efficiency of transport, as well as the simple operation of the hydraulic unloading system. This allows a wide range of variants for pouring aggregates.

In the near future, this technology could replace some of the older Faccs hopper wagons. 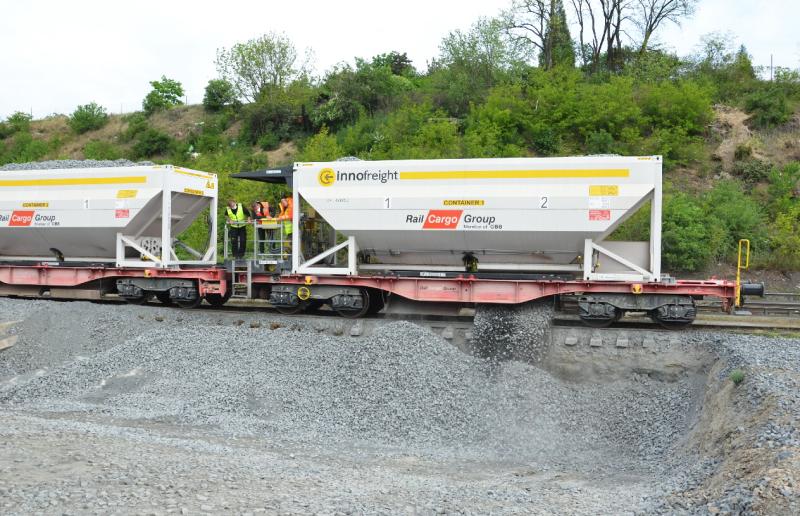