On the 9th of October, in the morning hours, a train composed of 28 dump trucks, headed by the TRAXX 388.001 locomotive, left the Světec station. This state-of-the-art engine from the ČD Cargo fleet was used on the train to draw attention to the signing of an agreement between ČD Cargo and the Ministry of Industry and Trade on increasing energy efficiency. The boards on the sides of the locomotive informed about the fact that ČD Cargo provided electricity produced from renewable sources for the transport of not only this train. Mr. Ivan Bednárik, Chairman of the Board of Directors of ČD Cargo, confirmed this by handing over the certificate to Mr. Jaromír Vorl, Chairman of the Board of Directors of ŠKO-ENERGO, after the train arrived at the Všetaty railway station. Ivan Bednárik emphasized that „ČD Cargo offered this option as the first railway freight carrier in the Czech Republic.“

„As part of its strategy, ŠKO-ENERGO aims to produce heat and electricity that will be CO2-neutral from the second half of this decade," confirmed Jaromír Vorel, Executive Director of ŠKO-ENERGO, who added: „The share of biomass combustion is gradually increasing. Today, this share is about 70% of coal vs. 30% of biomass. I consider realization of the rail transport on green energy to be one of the steps towards the gradual decarbonisation of our activities.“ 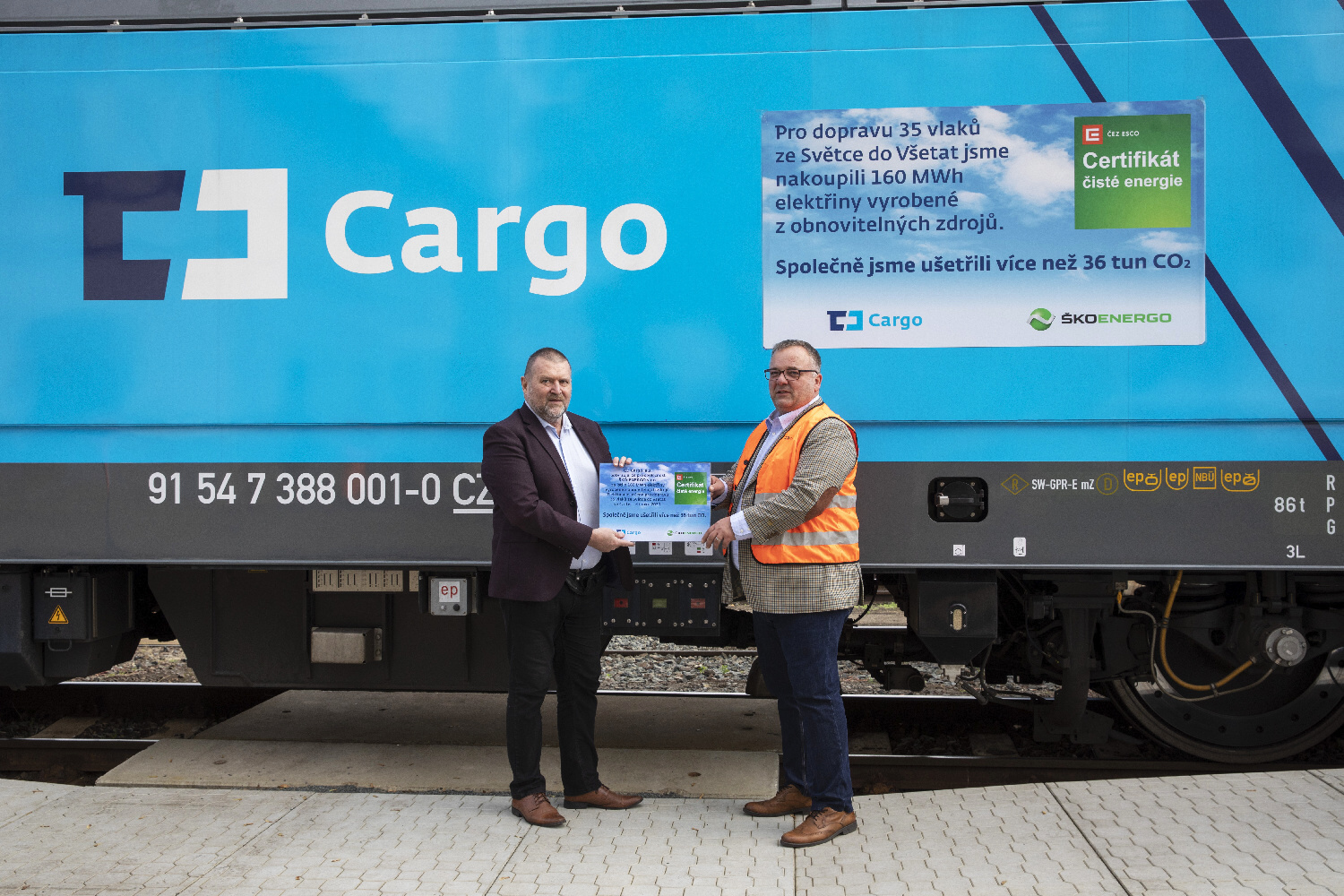 „I see the Green deal from the position of a carrier in a somewhat contradictory way, because as a result we will gradually lose volumes of coal," commented Ivan Bednárik, Chairman of the Board of Directors of ČD Cargo. „But it is also a great challenge for us. Energy will still be needed and, of course, we are preparing a number of projects related to new fuels - wood chips, waste, etc. We have been transporting wood chips to a heating plant in Pilsen for many years," added Ivan Bednárik. He also specified that „the green energy project for ŠKO-ENERGO will continue next year and we will of course offer it to other customers as well.“ 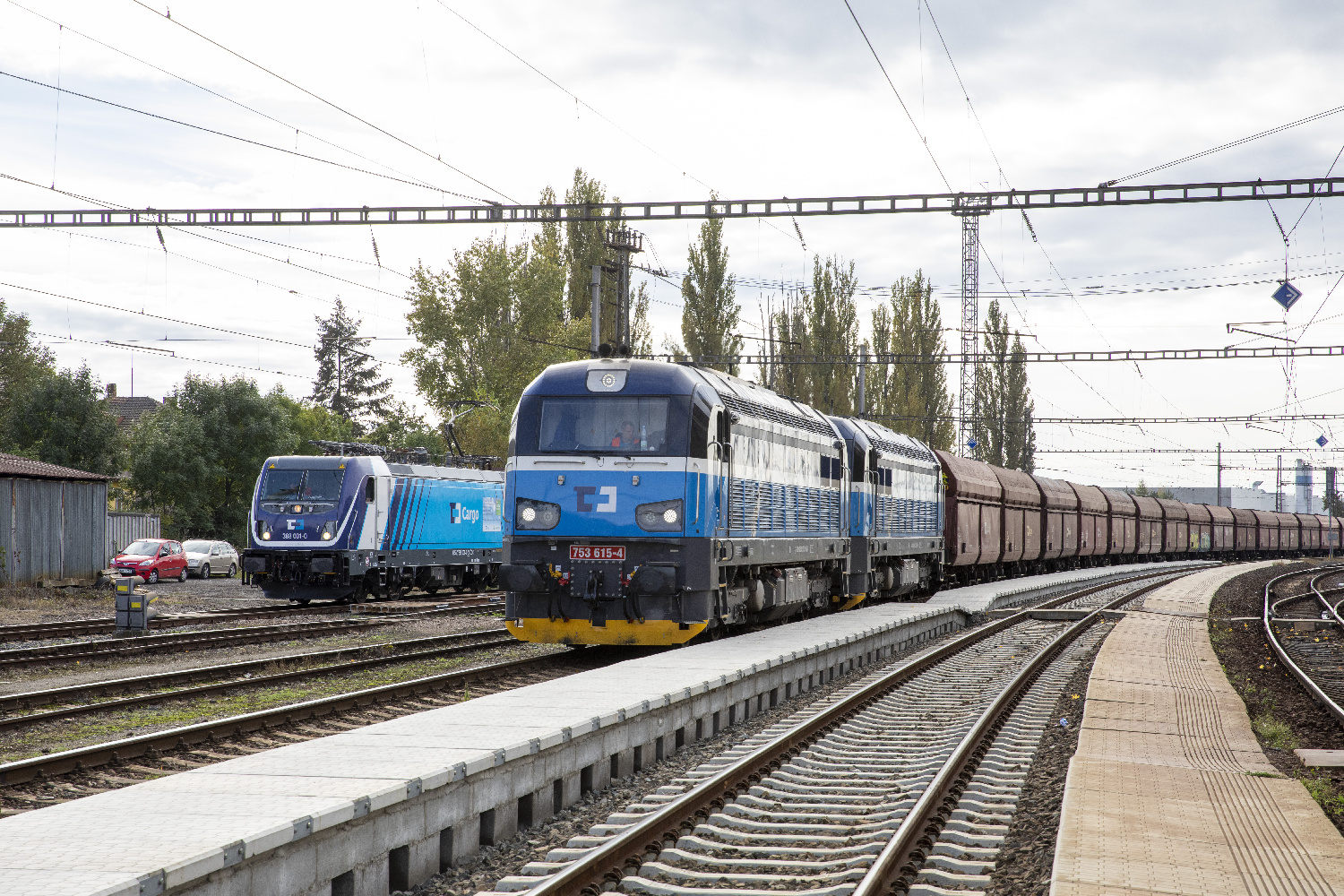 Aware of its social responsibility, ČD Cargo secured the purchase of 160 MWh of electricity produced from renewable sources for Q4 2020. As part of the pilot project, this electricity will be used for the transport of brown coal trains for ŠKO-ENERGO recipients. These are about 35 trains in the period from October to December 2020. By purchasing 160 MWh of green energy, we have jointly saved more than 36 tons of CO2 emissions.