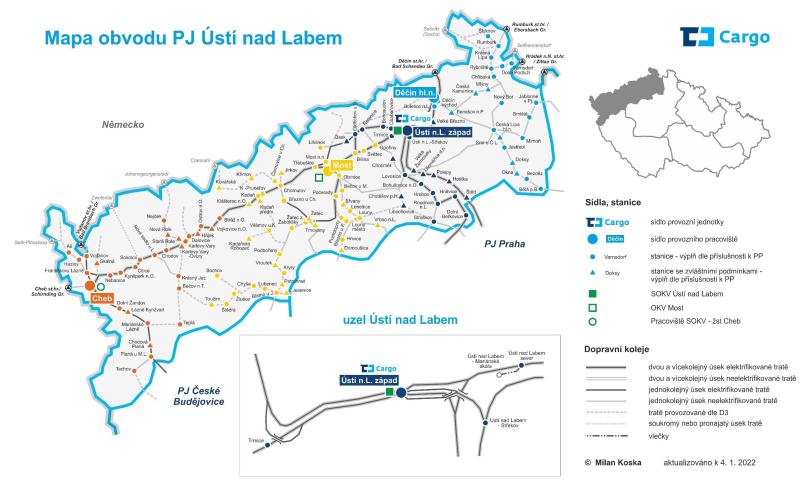 The district of the Usti nad Labem operating unit nowadays includes 1,617 km of tracks with 138 tariff points, 40 of which are with special dispatch authorization. The most important tracks are both electrified lines that run along the Labe river banks. The left-bank one is used more by international express trains, whilst the right-bank one for cargo transport, including transit. The Usti nad Labem OU employs 1,039 employees against the original 1,500 employees. When evaluating these figures, it is necessary to take into account the extension of the district by part of the former Plzen OU which represents an additional 185 employees. 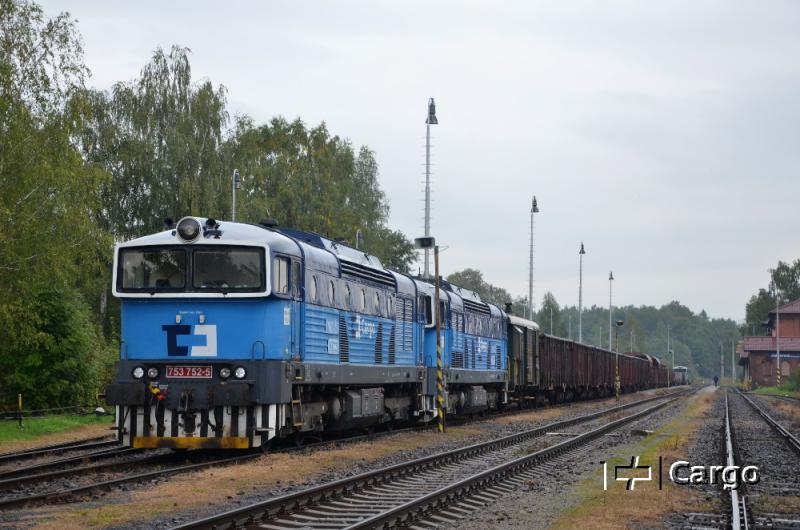 In terms of loading and unloading, this is an operating unit with the second largest volume. It is mainly due to the industrial structure. The loading is clearly dominated by brown coal that is loaded not only in the Northern Bohemia, but also in the Sokolov area. A number of chemical factories, that CD Cargo is a reliable partner to, have their headquarters in the Usti region. Our trains thus transport fuels, fertilizers and other chemicals, including acids and the like. Another important customer is the MONDI paper mill in Steti. Into the docking station of the paper siding to Hnevice, dozens of wagons loaded with wood are heading daily not only from the entire Czech Republic but also from abroad. Equally important is then the transport of the finished products that is partially implemented through the CD Cargo warehouse in Lovosice. 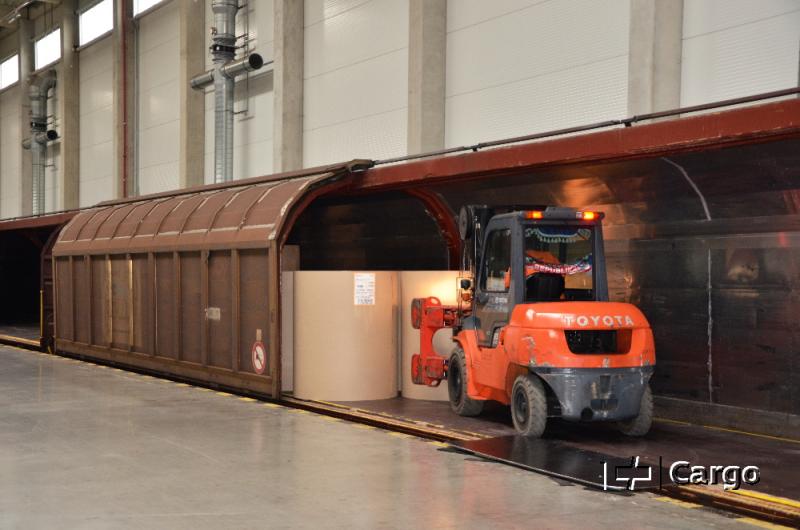 Hnevice also serves as a connecting station for the Melnik power plant siding and for CEPRO fuel depots. Recently the cooperation with ports has been restored, although not within the implementation of the railway - water combined transports. Ports have however given the rise of logistic centres where for example scrap metal (Decin - Loubi) or grains (Lovosice-Prosmyky) are loaded. Let's not forget the region of Ceska Lipa where fuel, scrap metal and wood from the Luzicke Mountains, or glass and foundry sands from Jestrebi are transported. From the perspective of transports the Brniste train station is also interesting with a Diamo state company siding to the former uranium mines. Worth mentioning is further the loading/unloading of military equipment in Podborany. The Karlovy Vary region that is also operated by the Usti nad Labem OU, wood and other minerals such as feldspar, clay or kaolin are loaded. There is also a large sawmill Stora Enso. Particular matter of interest is the extent of transports realized within the OU - representing 27% of all inland transports; it mainly includes coal and woodchips. 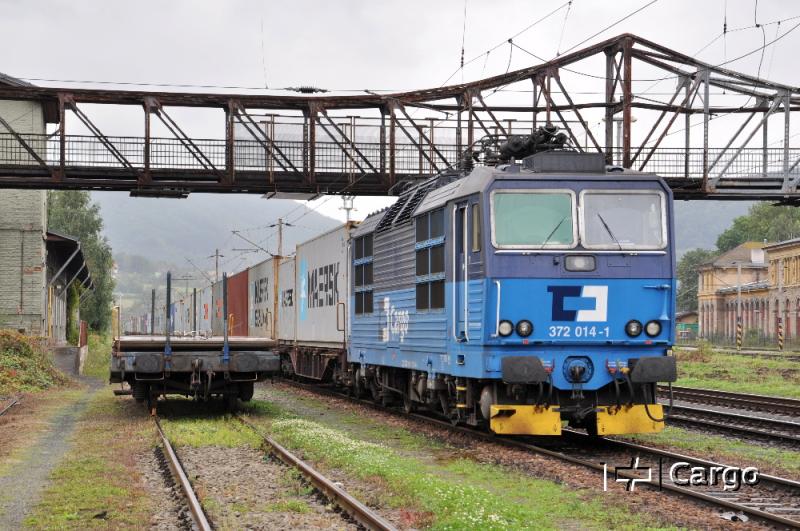 Dolni Zleb - the lowest place on the SZDC Railways

Dolni Zleb with the altitude of 130 m is lowest-lying station on the SZDC network. The traffic on the track from Decin to Dresden commenced in 1851 and, from the very beginning, it was a very important link. Even today, the border crossing in Decin is one of the busiest. 30 pairs of CD Cargo freight trains pass daily there, which only last year represented over 10 million tons of goods. We not only exchange the trains on the Decin crossing is with the former national carrier DB, but also with a number of private carriers. With regard to this fact, the traffic on the crossing is managed by dispatchers from a special department called Dispostelle. Directly at the state border, the contact of traction systems - DC 3 kV on the Czech side, and AC and 15 kV from the German side. Multi-system locomotives of 372 series or independent traction locomotives thus have to be deployed to the front of the cargo trains.

In the Czech Republic we wouldn't perhaps find too many railways the routes of which have undergone such changes during their existence as the track Usti nad Labem - Chomutov. In the years 1858 - 1870 it was part by part opened by the Usti - Teplice Railways (UTD). Today, only the section Bohosudov - Retenice and some short sections were left from the original track. Other parts had to be in relayed in connection with the development of coal mining. Already in the mid of 1950's, the Trebusice - Vrskman section was relocated, and a new section Retenice - Most was opened on May 26, 1968. During its construction the already built tracks were partly used. Newly built were only the sections Rudolice nad Bilinou - the Ceske Zlatniky and Bilina - Oldrichov turning. Of the original track only the Duchcov - Oldrichov section remained preserved for cargo transport; the second track was taken down. In 1936 a new shunting station called Most new station was founded in Most. The connection to it led from the main Usti - Teplice track station in the direction to Chomutov. Complete reconstruction of the Most rail junction took place in the 1970's. Another relocated section was the section Trmice - Bohosudov that was newly opened on May 23, 1982. Along with the rerouting, further mouthing of the track from Teplice to the Usti rail junction called Hrbovice rearrangement was built, allowing better direct passage of freight trains with coal through the Usti west station. On June 3, 1984 the last rerouting Chomutov - Trebusice with the known Ervenice corridor - four-rail section of the track led on a dump several tens of meters above the quarry was put into operation. Near Kadan, part of the main track had to be rerouted due to the expansion of coal mining. It was the Vernerov - Chomutov section. The relaying was completed in 1978, and a new railway station was built in Kadan. 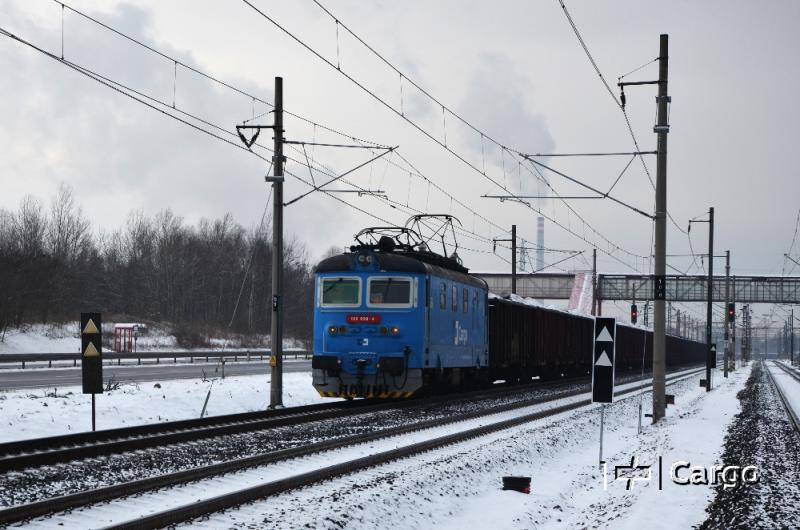 The transportation of Mattoni mineral waters from Kyselka near Karlovy Vary boasts a long tradition. The siding from the Vojkovice nad Ohri train station to the Kyselka bottler was put in operation already in 1871. Every year, up to a thousand wagons with mineral water were transported on the track. As a curiosity we can say that even a special tracked tractor Praga was operated at the siding. The operation on the siding remained even in the socialist period. The changed political and economic situation in the 1990's was fatal to it. The last operation was carried out in 1998, and the track stayed abandoned for a long time. The project of mineral water shipments was restored in 2012. Let's remember that the transport of mineral waters between the West Bohemian Kyselka and the distribution centre in Mostkovice near Prostejov takes place once or twice a week in cooperation of the carriers Railsystem and CD Cargo. The first of the carriers provides the first and last mile by diesel locomotives, and the CD Cargo carrier's locomotives serve the traffic between the train stations Chomutov and Prostejov main railway station. In the Usti nad Labem OU district, the Korunni mineral water is loaded. 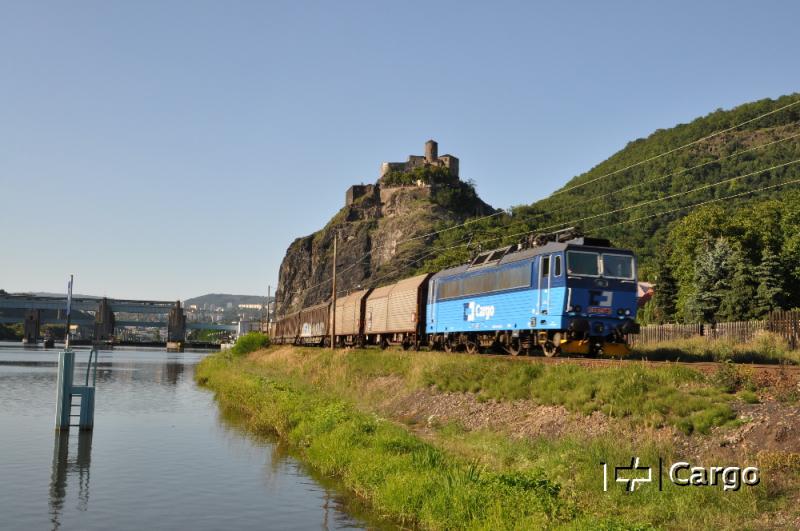