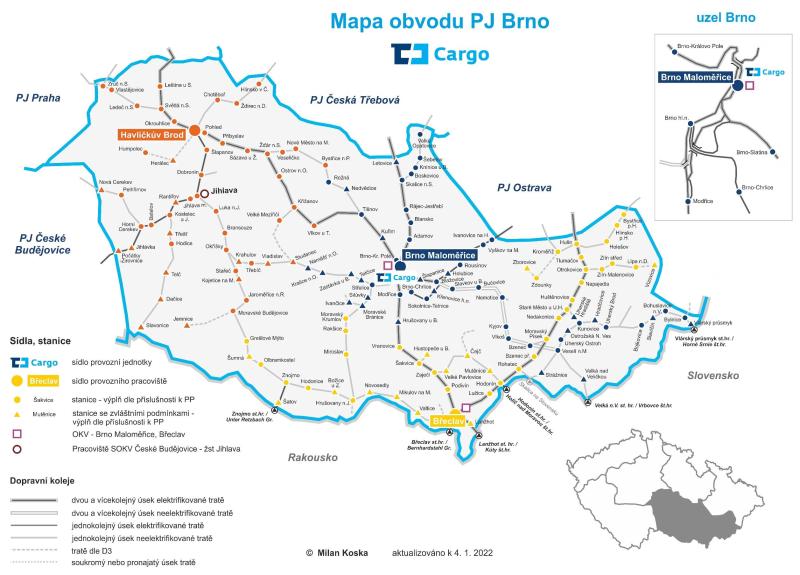 With regard to the strategic position, the Brno OU provides major part of the international CD Cargo transport. There are important transition border stations Breclav, Lanzhot and Znojmo. The first two crossings are used by trains with all commodities; the latter crossing is used primarily to transport timber to the sawmill to the border Retz. The portfolio of goods loaded and unloaded within the Brno OU is really broad. The company Ceskomoravsky cement loads their goods on a siding of the cement works in Morka, leading to the Blazovice station. Our trains transport coal, slag and other raw materials to Blazovice. Major customers are woodworking companies - Stora Enso in Zdirec nad Doubravou (timber, lumber, wood chips) and Kronospan in Jihlava (wood, wood chips, chipboard, adhesives). 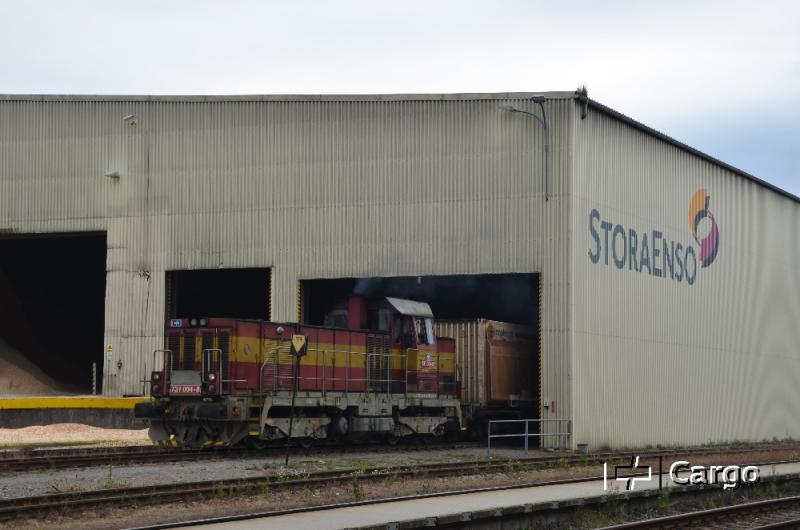 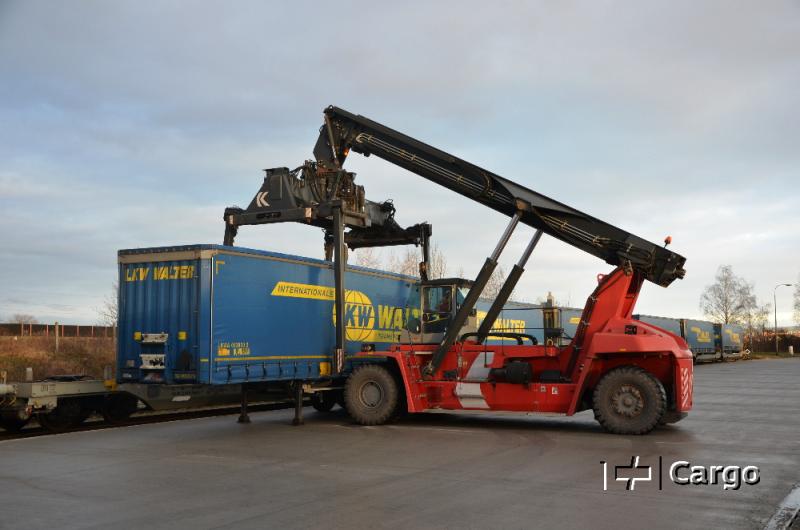 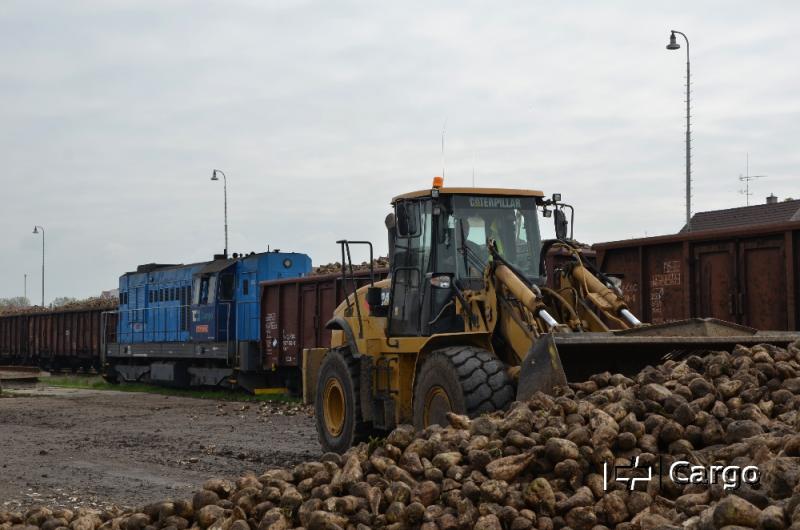 Three matters of interest about the Brno operating unit

Breclav - Brno: the oldest steam railway in the Czech Republic

The first steam train arrived to what is now the Czech Republic territory to Breclav from Vienna. It happened on June 6, 1839. A month later, on July 7, 1839, a connecting track of the Northern Railway of Ferdinand The Emperor (KFNB) from Breclav to Brno was opened. The very first day of operation, it became a scene of the first railway accident in our country at the Vranovice station when a third train approached the end of the previous set on the return of the ceremonial train back to Vienna. After the completion of the backbone "Ferdinandka" track to Prerov and Breclav, the Brno track became a "mere" digression. The importance of the track even for cargo transport gradually grew. Therefore, it was double-railed in the mid-thirties of the 20th century and, after World War II, it was electrified with 25 kV AC. Today it is one of the backbone tracks for cargo transport that is daily used by around twenty freight trains of CD Cargo. 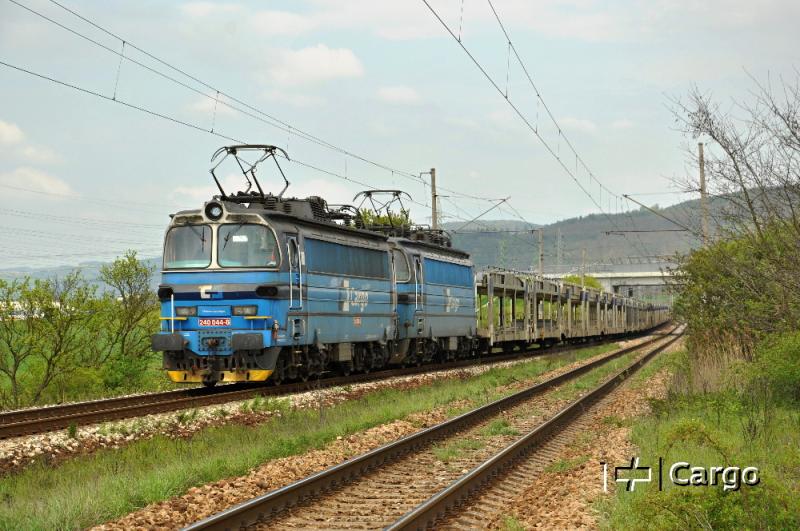 Transport of oil from the "Moravian Kuwait"

The area on the Czech - Slovak border is known for the extraction of quality crude oil and natural gas. Both commodities had been mined there more than 100 years ago. One of the most important companies extracting oil and natural gas in that locality is MND a.s. (formerly Moravian Oil Wells). About 150 thousand tons of oil of very good quality in terms of the low sulfur content is annually extracted in South Moravia. Despite the decline in shipments due to the connection to the Druzhba pipeline, MND is among the important customers of CD Cargo, yearly loading about 1,000 railcars with oil. The loading takes place at several stations, e.g . Luzice, Nemotice or Zdounky. 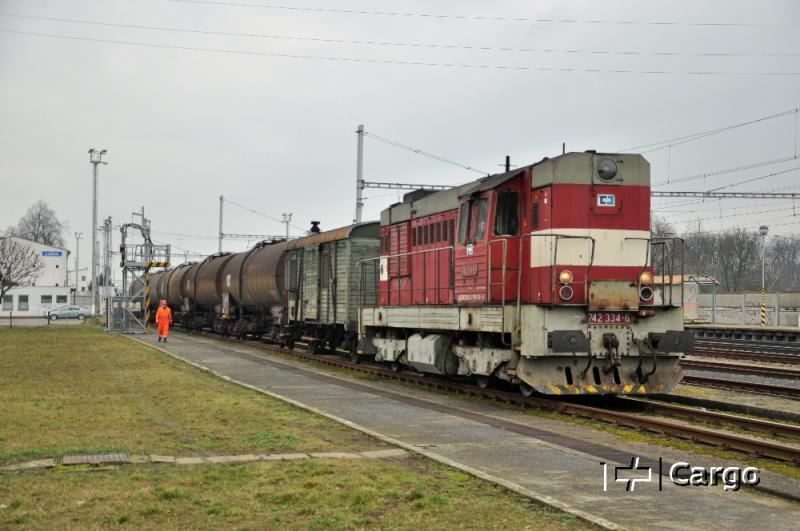 Radioactive trains from the Highlands (Vysocina)

Rozna on the Bohemian-Moravian Highlands is the last locality in the Czech Republic but also in the European Union where uranium ore is extracted in underground mining. From a chemical treatment plant in Dolni Rozinka, CD Cargo carries out shipments of uranium concentrate for further processing to Russia or Canada several times a year. The experimental production in Rozna commenced in 1957. The dried uranium concentrate (yellow cake) is loaded into barrels with anticorrosive treatment and those then in containers of conventional design in which it goes to the final customer. The production of the Dolni Rozinka chemical treatment plant throughout its existence is estimated at 14,000 tons of uranium concentrate the production of which required 16 million tons of ore. The chemical treatment plant has its own siding leading into an open track between the Rozna and and Bystrice nad Pernstejnem stations.