The Ceske Budejovice operating unit was established on December 1, 2007. At the time of the establishment, it had five subordinated sites (Ceske Budejovice, Horni Dvoriste, Protivin, Strakonice and Veseli nad Luznici). The first change in the organizational structure took place on March 1, 2009 when the operating sites in Horni Dvoriste (under OW - Operating Workplace - Ceske Budejovice) and Strakonice (under OW Protivin) were dismissed. The OU was extended significantly as of June 1, 2013 when part of the then dismissed operating unit Plzen was moved under the Ceske Budejovice command, namely the OW district Plzen - main railway station.  The operating workplace Domazlice was dismissed already in the first wave as of March 1, 2009. On December 31, 2013, the operation of the OW Veseli nad Luznici was terminated.    Brief insight in the "organizational history" can be ended by saying that nowadays the cargo transport in the district is provided by means of three subordinated workplaces which are: Ceske Budejovice, Plzen main railway station and Protivin.  The management of the operating unit resides at the following address: Novodradska 1787, Ceske Budejovice, Postcode Association 370 01. 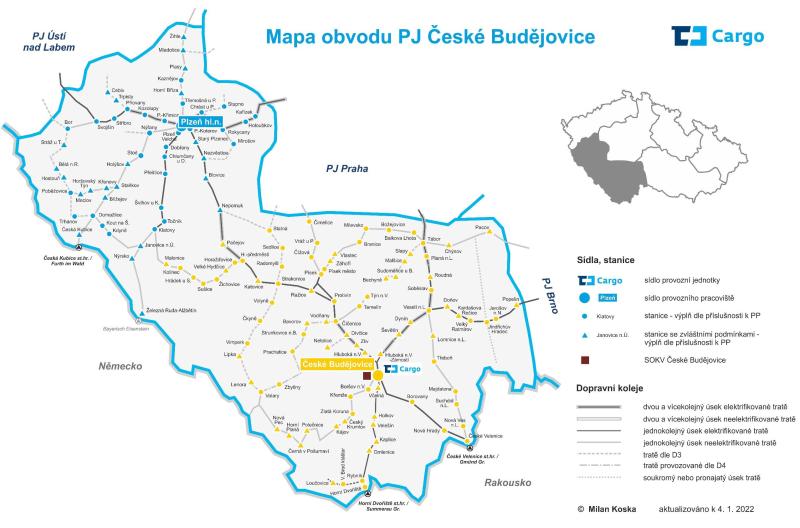 The district of the OU Ceske Budejovice currently includes 1,570 km of tracks where 153 tariff points are situated.  With the infrastructure of the neighbour countries, the Operating Unit Ceske Budejovice has connection in Horni Dvoriste and Ceske Velenice (Austria) and in Ceske Kubice and Zelezna Ruda (Germany). However, the crossing point in Zelezna Ruda is not used by cargo trains, and neither is the crossing point in Ceske Kubice, which is primarily intended only for transports of integrated wagons mainly with passenger cars. In the Ceske Budejovice OU work 472 employees against the original 683 employees in the Ceske Budejovice OU, and 714 employees in the operating unit Plzen as of January 1, 2008. 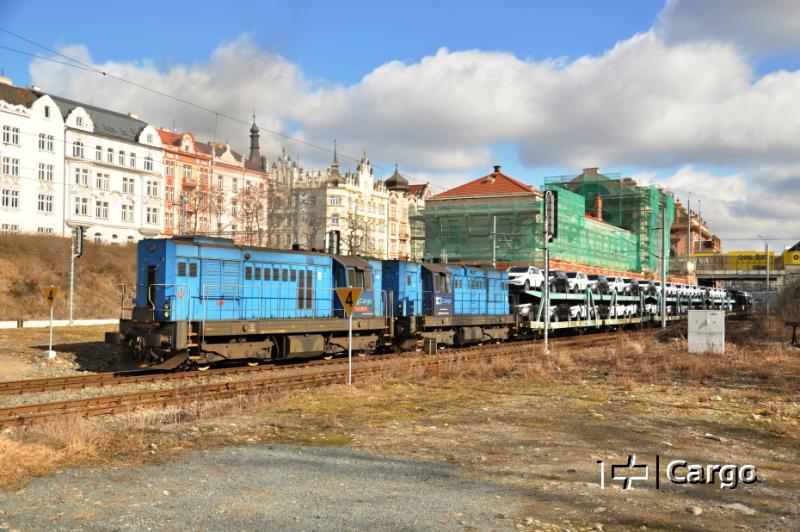 Not all customers in the Ceske Budejovice OU can be mentioned but we will not disclose any secret by saying that unloading of solid fuels is very significant in the area. Coal is transport by our wagons to the heating stations in Ceske Budejovice, Strakonice, Plzen, Tabor and Plana nad Luznici. In the last two mentioned cases, our company employees provide even unloading of the fuel on the railway siding. Important fuel is also biomass that is transported in Innofreight containers from the entire district of the operating unit, as well as from other stations in the Usti nad Labem and Prague OU to the Plzen heating plant. Another important commodity loaded in the district is wood with regard to the character of the region.  Unprecedented growth in the recent years has been experienced also by combined transport. The credit goes mainly to the operator METRANS for whom we provide transport of wagons to the container terminal in Nyrany. Not only in CEPRA warehouses go integrated wagons with fuels - the stations with the highest unloading of that commodity are Belcice, Domazlice, Pisek, Tabor, Tremosna u Plzne and Vcelna. Interestingly, we transport diesel also for the company JHMD that operates the well known narrow gauge railways in Jindrichuv Hradec.  Important customer is the company ROSSO STEEL in Mirosov (steel products). 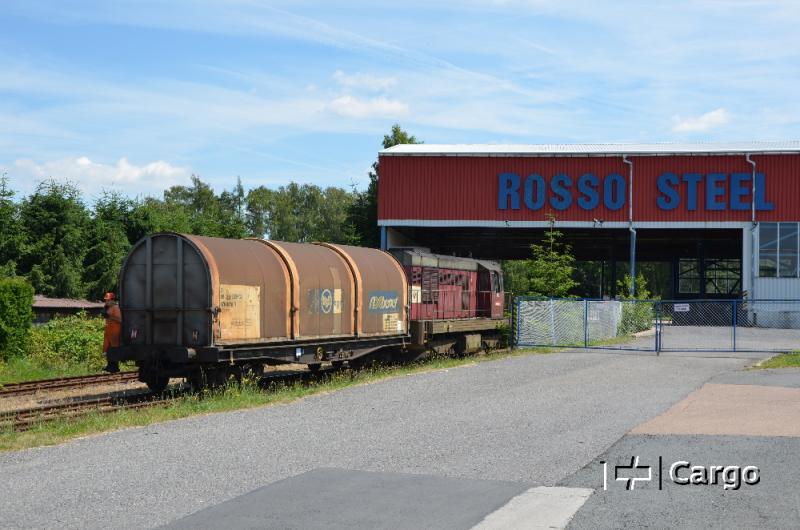 Let's not forget about transport of glass bottles and malt to the world known Budweiser Budvar brewery. The list of interesting business cases can be concluded by a note of military transports from/to Polecnice, Bechyne, Karizek or Balkova Lhota. Loading and unloading of containers with military material is often assisted by a road crane of the Ceske Budejovice operating unit. 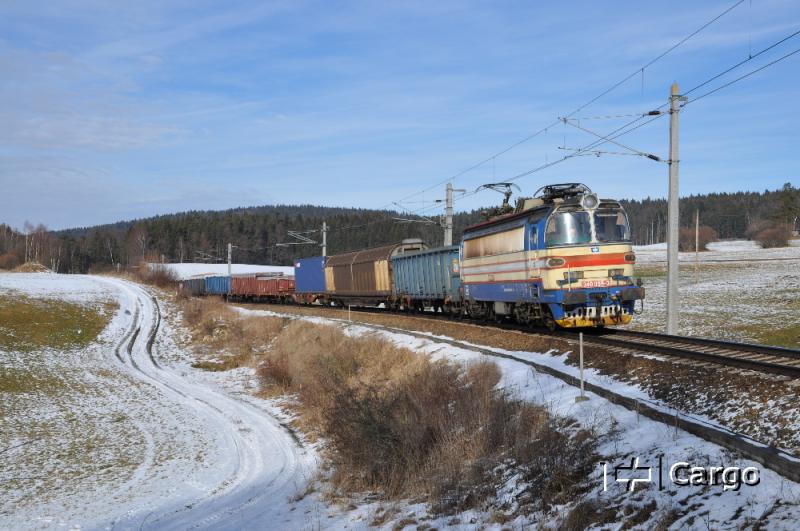 Three matters of interest about the Ceske Budejovice operating unit

Bechynka & Lipenka: the oldest electrified tracks in the Czech Republic

As early as on June 20, 1903, electric operation on the local track was initiated leading from Tabor to Bechyne. It was built according to the project of a well known Czech inventor, electrical engineer Frantisek Kri ik. The initiators of the "Lipenka" track, i.e. a track leading from Rybnik to Lipno nad Vltavou, were Arnost Porak (owner of a paper mill in Loucovice), and Bruno Pammer (abbot of the Vyssi Brod monastery). The operation on the track electrified with direct current of 1,280 V was initiated on December 17, 1911. Especially the latter named track was of great importance for the transport of wood from the Sumava woods, for the transport of paper raw materials and other commodities. The "Lipenka" track experienced another moment of glory in the 1950's during the construction of the Lipno Dam.  In the years 2000 - 2001, in association with electrification of the track to Horni Dvoriste, the method of powering the track was changed to alternating (25 kV/50 Hz). It should be noted in front of the in front of the handling wagons one can see even the hybrid two-source locomotive of 218 series. The cargo transport on the "Bechynka" track is provided by diesel locomotive of 742 series; the volume of loading and unloading moves around 100 wagons per year, including military consignments. 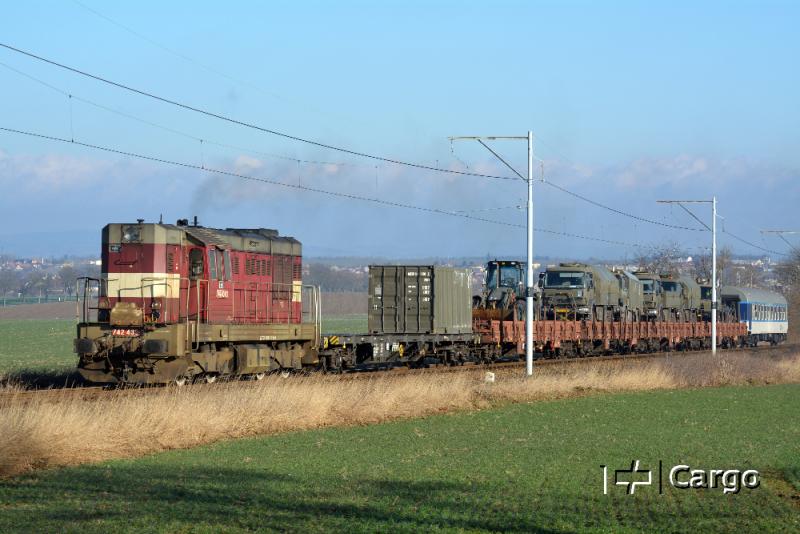 Cicenice - Volary: the only track with radio block in the Czech Republic

Radio block is a new security system that should eliminate the human error factor on regional tracks with simplified railway services (D3). The installation of it on the Cicenice - Volary track was initiated following serious accidents in the years 2004, 2007 and 2011 that had happened and caused the death of three people. The radio block does not transfer information in the classic way via cables but utilizes a network of a mobile operator. The device consists of two parts - the first is an exchange controlled by a directing dispatcher by means of JOP and the second part - terminal - is located on a traction vehicle.  The system checks the train driver to not leave the depot without a permit, as well as the dispatcher to not send wagons against each other. The train is further monitored by a GPS system. Another undisputable advantage of the radio block is the fact that it cannot be disabled by potential theft or damaging cables. Between Cicienice and Volary, the radio block has been in operation since 2012. Even CD Cargo had to adapt to the installation of the new security system since they service a significant part of Sumava on that track.  Nowadays the 743.005 and 743.009 series locomotives are used to service that track.

The majority of the material for the construction of the Temelin nuclear power station was transported by railway, and yet not long ago the nuclear power station has been supplied with fuel by railway. It has kept its important position up to the present day. The locomotives of the joint stock company CD Cargo provide every business day the service of the power station's siding. The railway supplies the siding with e.g. various chemicals used in power plant operations, transformers or other bug technological units as well as special containers for used nuclear fuel. A real tailor-made service is the provision of shift in the power plant premises at the time of its regular yearly shutdown. During the shutdown, 12 specially trained CD Cargo train drivers take turns on the siding in day and night shifts. They provide the transport of fresh and burnt out nuclear fuel by means of the technological means of the power plant between the facilities in the power plant premises. 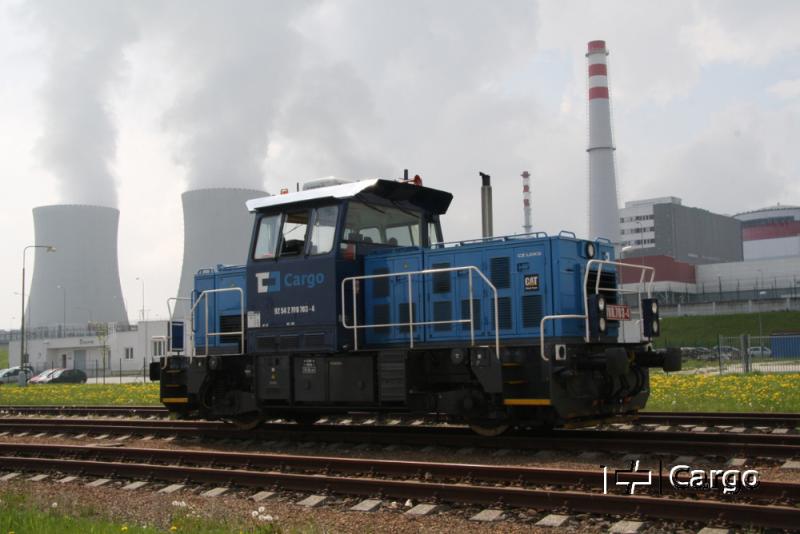